Club Member
Figured I should throw something together to track this project of mine and show what a doubler entails. This will be a long ongoing thread as I doubt I will have it done until next spring (well that is the plan since I don't have anywhere to do it in the winter (nor really interested in getting it worked on at that point).

Here's where I am now
I had decided I needed to look at getting more crawling gears and started looking at doing 4:1. One of the things brought up was single gearing of...
Please login to view full content. Log in or register now.

Club Member
How do the NWF shifters look? I keep eyeing up their kit for the NP205, but they aren't cheap.

Looking forward to how this turns out though.
2

Club Member
Reviews of them have been good. I guess when they first came out they were having issues with the original cables breaking but changed sources.
I have to go cable (specifically their reverse cable version) rather than something like the atlas shifters since it is flipped and I have a Tummy tuck. The amount of space is pretty tight and talking to some of the double shifter makers none of them could recall having anyone buy a kit with the same configuration.
Yeah they are pricey for what they are but I figure some of the money spent will be worth the lack of frustation come installation time. If next spring is like this one was I figure I will be putting it in after the first WAC. If we get an early spring then I may have have it by Spring Fever. We shall see....
Right now other than the cable shifters to buy, I decided to look at picking up the Novak cover. Since it is thicker than the stock one in theory it should improve the structural integrity around the inspection hole since that is so damn big.

Well I got the last bolt out and was able to get the input and both output housings off. Interestingly the front output which also contains the shifting rods came out really easy compared to the first one. Matter of fact it was coming off before I even tried. Once I pulled the intermediate gears it made sense. The little bolts that hold the shift forks on the shift rods were not there. If this was like this when the case was being used, I could see it working but being finicky.
Right now all that is left is to press off the old bearings so I can pull out the shafts which I will probably do later this week and then clean up the case and paint it.
2 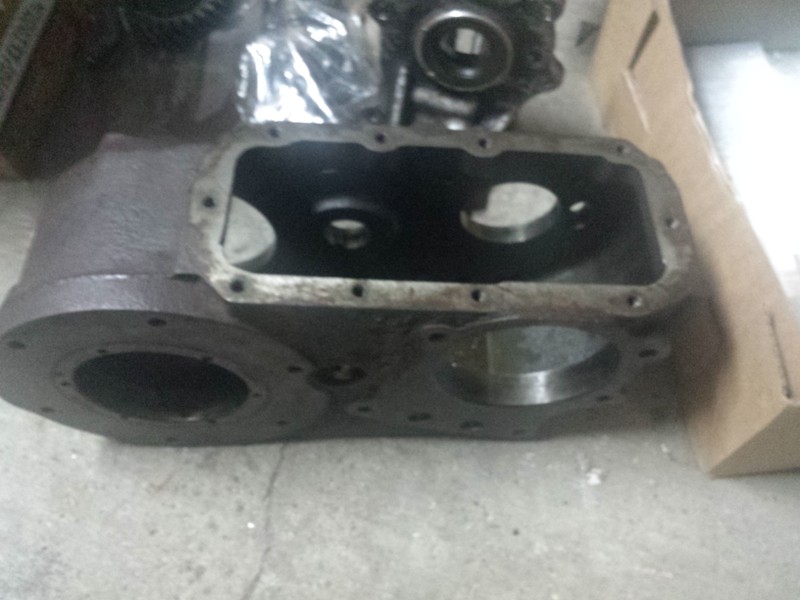 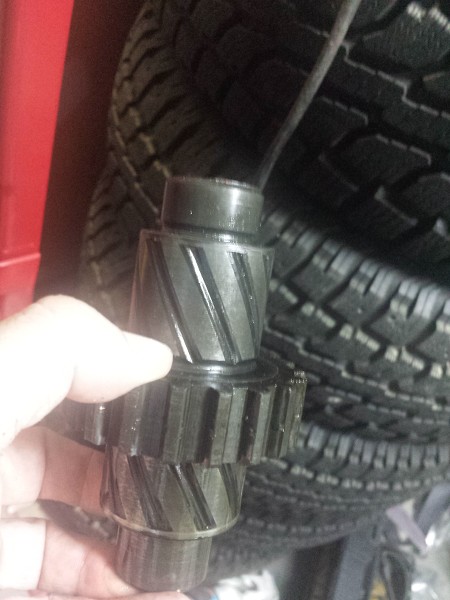 I am not much into those things but I dont see a actual doubler plate and gear, or I miss something?

This thread is :rainbow:

Staff member
Club Member
I took those shift rail screws out. I was going to swap the shift housing over to the other one so I did not have to cut it up but it would of involved too much effort in the end for being in a parking lot at spring fever
2

Mitko said:
I am not much into those things but I dont see a actual doubler plate and gear, or I miss something?
Click to expand...

Other box I have that I got off of Dwayne a while back. Get there when I get there
2

aweber said:
I took those shift rail screws out. I was going to swap the shift housing over to the other one so I did not have to cut it up but it would of involved too much effort in the end for being in a parking lot at spring fever
Click to expand...

Thought you might have but the fact that the intermediate gear was still in I wasn't sure as it must have been a pain to get them out without pulling it out.
Last edited: Sep 8, 2014

Other box I have that I got off of Dwayne a while back. Get there when I get there
Click to expand...

didnt got it but never mind.

That's MR.EX Pres to you!

Club Member
Hard not to see.
2

Club Member
Got the front and rear output shafts in with expected play.
I also modified the rear shifter shaft so that I will be able to do front Hi. Used this link as a guide
2

Club Member
Front output shaft is done. I have 0.004 of endplay.
Need to look at the rear now. First I need to find the stupid shims which disappeared in the mess that is my garage.
2

Club Member
Found the shims and got about 0.004 of endplay for the rear output shaft. Intermediate shaft is next. 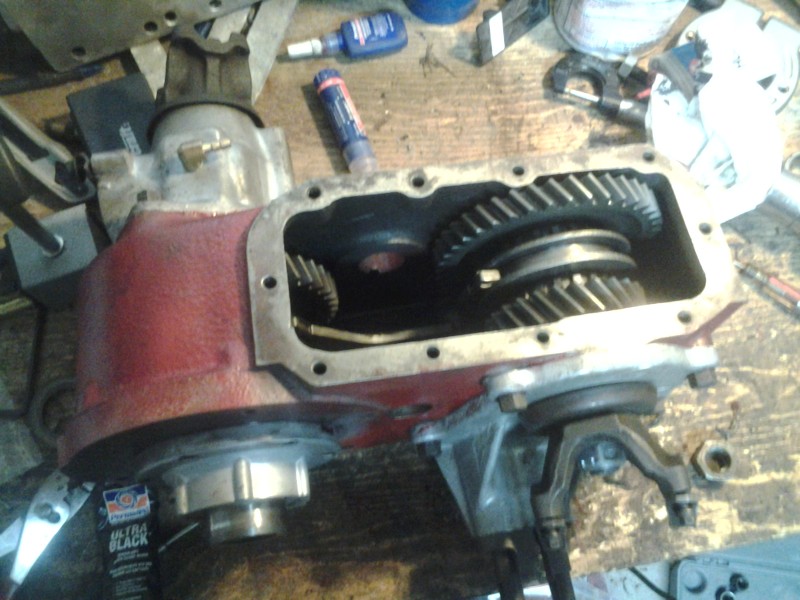 Also cracked open the 231 and drained it. I swear I bought a pair of snap (or is that lock?) ring pliers when I was in Ogdensburg last. Who knows where I left them when I actually needed them. I was able to finangle one off with a pair of lock (snap?) ring pliers. Club Member
I hate waiting...
Last week I ordered the triple shifters from NorthWest Fabs, he warned me up front that the cables were still coming in. Hopefully it ships this week.
2

Club Member
Got the 300 together. Confirmed everything works and I can get 2hi and 2lo in the front without worrying about being able to put the back in the opposite setting and hey no breakage! 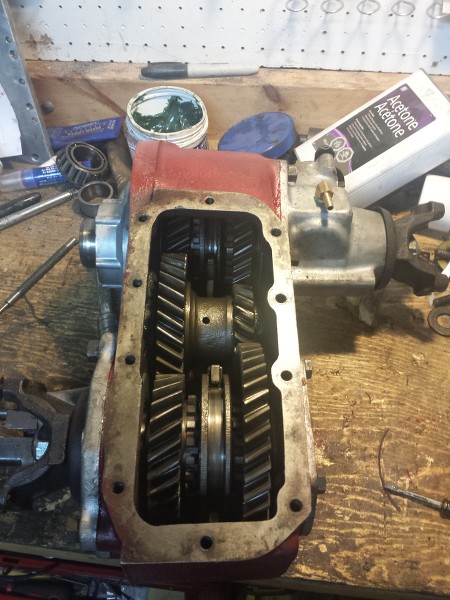 Will finish buttoning it up after I get the shifters in.

Also went out and took a gander at the amount of space when I flip the 231. It's going to be tight I suspect. I may have to go back to a stock transmission mount from the LoPro I have. The good news is I don't think I will need to move the exhaust over more to the passenger side.
We shall see in the future...

2Greys said:
I hate waiting...
Last week I ordered the triple shifters from NorthWest Fabs, he warned me up front that the cables were still coming in. Hopefully it ships this week.
Click to expand...